Midway through a scene in the documentary The Spectre of Hope, Sebastião Salgado explains to John Berger that the near 350 photographs in Salgado’s book Migrations represent little more than one second of actual time. This is premised on an average exposure of about 1/250th of a second, yet Salgado says this single second of life as captured with clicks of the camera shutter “tells the story of what is going on in the planet” and poses the question, “Why am I being hurt?” — echoing the Simone Weil quote Berger had read earlier in their conversation.

This “hurt” is also the result of unimaginable psychic pain as it bore down on Salgado as he photographed famine, war, endemic poverty and genocide in Rwanda and in Bosnia, Croatia and Serbia. This visual catalog of unrest and privation around the world in the final decades of the 20th century evoked in Salgado’s soul a pain that forced him finally to return to Brazil to heal his body and spirit by restoring his family’s devastated farmland. He and his wife, Lélia, came to call this project “Instituto Terra”; it was a return to his roots and the embrace of his aged father.

In healing the land (and himself) by planting more than 2.5 million trees of indigenous species and several hundred more plant species, Salgado, during the ensuing decade, found that his love for photography reawakened.

He describes it best on the cover of his deeply reflective autobiography, From My Land to the Planet:

I adore photography, taking photographs, holding my camera, choosing my frame, playing with the light. I love living with people, observing communities, and now animals, trees, and rocks, too. It is a need that comes from deep inside me. It is the desire to photograph that always drives me to leave again, to go and look elsewhere. Constantly to be taking more new images.

For his new body of work, Genesis, Salgado decided for the first time to photograph indigenous man in harmony with his natural environment, rather than man as victim of politics and ecological devastation. The corollary theme that hums through Genesis is of a planet perceived to be in crisis but still offering aching beauty in its remote places (about half the planet, according to Salgado). Salgado’s first trek in pursuit of this new work was (of course) to the Galapagos Islands; one of the first images he makes there is a close-up of an iguana leg and paw which, not surprisingly, he compares to that of a medieval knight’s armored maw:

Looking at the paw’s bone structure, I see that the iguana is also my cousin, that we came from the same cell. 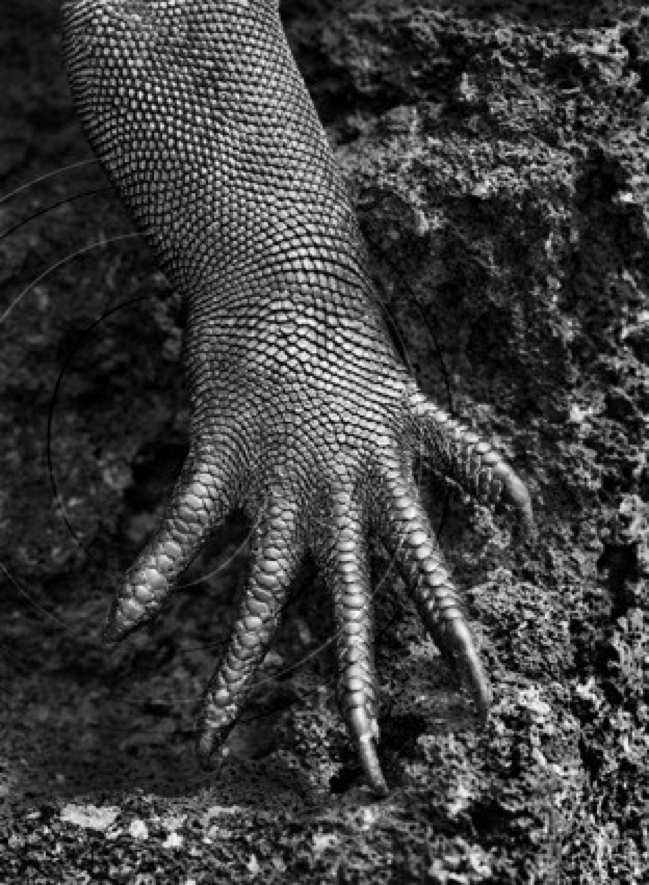 Like Salgado’s previous photo essays, Genesis took almost a decade to create (2003-2011), and he spent eight months every year traveling to a total of 32 far-flung destinations, photographing animals in some of the word’s most difficult terrain and ferreting out its indigenous peoples: the Zo’é natives of the Upper Xingu River of Brazil; the Yali of the highlands of Papua, New Guinea; and the hardscrabble, nomadic community of Nenets on the Yamal Peninsula of Siberia. Salgado says, “I wish to photograph the other animals [other than man], the landscapes … but from the beginning, the time we lived in equilibrium with nature.” Despite (or maybe because of) the horrors he had survived, the journeys prove to be the wellspring for a new stream of optimism, a reawakened vision of the insistence of life.

The Genesis photographs, curated by Lélia, have been showing at venues around the world since 2013. They also exist in a traditional coffee-table book and a super-sized Taschen Books art edition. The exhibition’s sole U.S. destination was the International Center of Photography in New York, where it occupied both floors until yesterday.

In Benedikt Taschen’s home office, the famous John Lautner-designed Chemosphere on Torreyson Drive in the hills above Hollywood, Salgado explains the genesis of Genesis:

In voiceover, against a slideshow of some of the most stunning images from Genesis, a translator from the Swiss International Information Service allows Salgado to discuss his visits with some of the peaceful indigenous people who live in harmony with the natural world, and how we citizens of the First World might connect with their philosophy.

In From My Land to the Planet, Salgado explains more about living among people on the edge:

These people who live in cold climates [such as the Nenets] survive with very little, yet their lives are as intense, rich and full of emotions as our own, perhaps, even more so, as we multiply our material goods in an attempt to protect ourselves, so much so that we forget to live …. This worries me a lot, as does seeing how in the end, almost all the technologies cause us to become more isolated. As the material evolution continues, each of us is able to do more and more alone, in our own corner.

It’s not a far reach to consider the isolation we impose on ourselves with all our sophisticated tools — like the ones that allow a half dozen people dining together at a restaurant to send texts or surf the Internet, indifferent to the friends next to them. In addition to the aforementioned iguana paw, another key Salgado image, perhaps even the signature one in Genesis, is a looming iceberg, seemingly an avatar of an ephemeral island civilization. 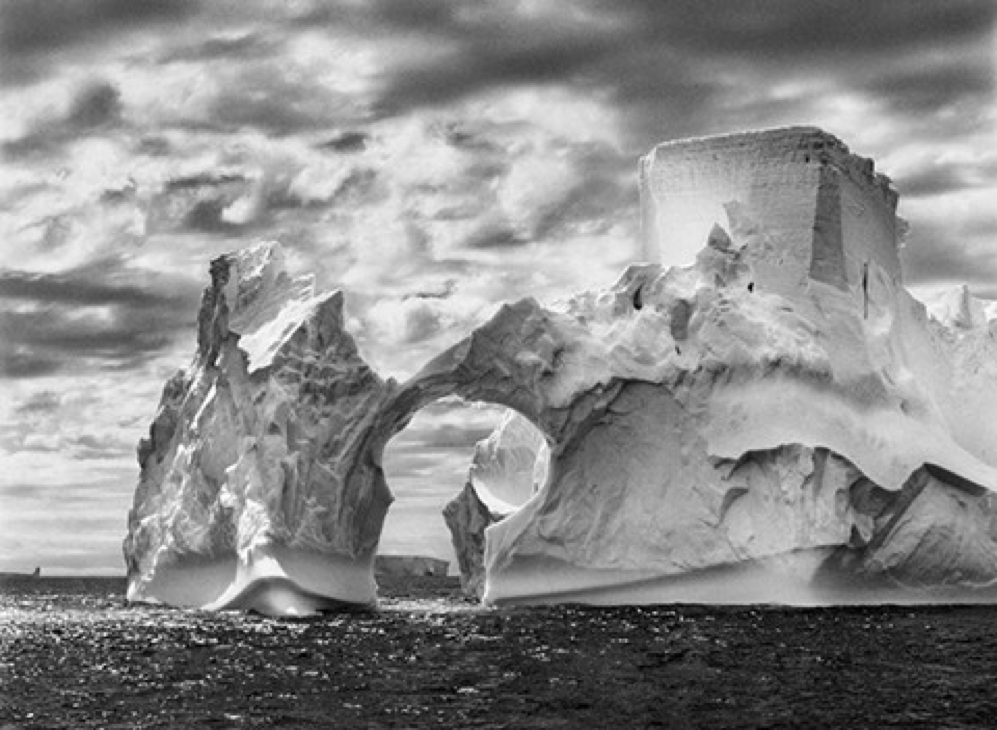 Midway through work on the Genesis project, Salgado switched from photographing on film to digital “capture.” For decades he employed film in 24×36 and 4.5×6 formats using Kodak Tri-X black-and-white film. In the “My Digital Revolution” chapter of his autobiography, he talks about his decision to go digital, explaining it was both a technical and pragmatic choice, a result of the trauma of Sept.11, 2001:

September 11 turned the lives of photographers upside down. Traveling with film became a nightmare after the installation of electronic security barriers in airports. When film passes through X-rays three or four times, the range of grays is badly affected. Little by little, as I went ahead with my reportages, the airports reinforced their security systems. A week before leaving, Jacques and I began to worry. I was about to go to the other side of the world in difficult conditions to capture images, and at the same time, I knew that there was no salvation for my films. I always left with a small case containing 600 rolls of film — in other words, 28 kilos of hand luggage that I kept with me on the plane, Each time, I had to argue with security guards, even though Paris Match and Kodak had provided me with letters explaining the problem and requesting a manual check …. In the end, it became so complicated that I was on the brink of abandoning my beloved photography altogether. In the meantime, however, digital photography had made great progress. So I began to consider it.

He did more than consider it. After exhaustive tests with Canon, he says, he was able to obtain excellent 4×5 film negatives scanned from the digital files. But he continues to photograph as he always has: I photograph simply by looking into the viewfinder, as I have done all my life. When I bring my memory sticks back to Amazonas [the family farm], we print the contact sheets on inkjet paper and I look at them with a magnifying glass [not on a computer screen].

When Salgado visits remote peoples, he may spend weeks among them, and he begins to photograph them only with their permission. We will see this interface with remote indigenous people in Part 3 of this blog, in a film sequence in Papua, New Guinea, taken from The Salt of the Earth, the new documentary about Salgado’s life and work directed by Wim Wenders and Salgado’s son Juliano.

Spending several weeks with peoples who live as we lived at the dawn of time, I have also seen evidence that the great principles on which our world rests existed long before our society became organized.

That “organization” might, the photographer fears, also be our undoing unless we understand it and learn from people who still live in harmony with nature. It is an aspiration that seems ever more elusive to us as we become more and more servants of our ever more demanding technology. 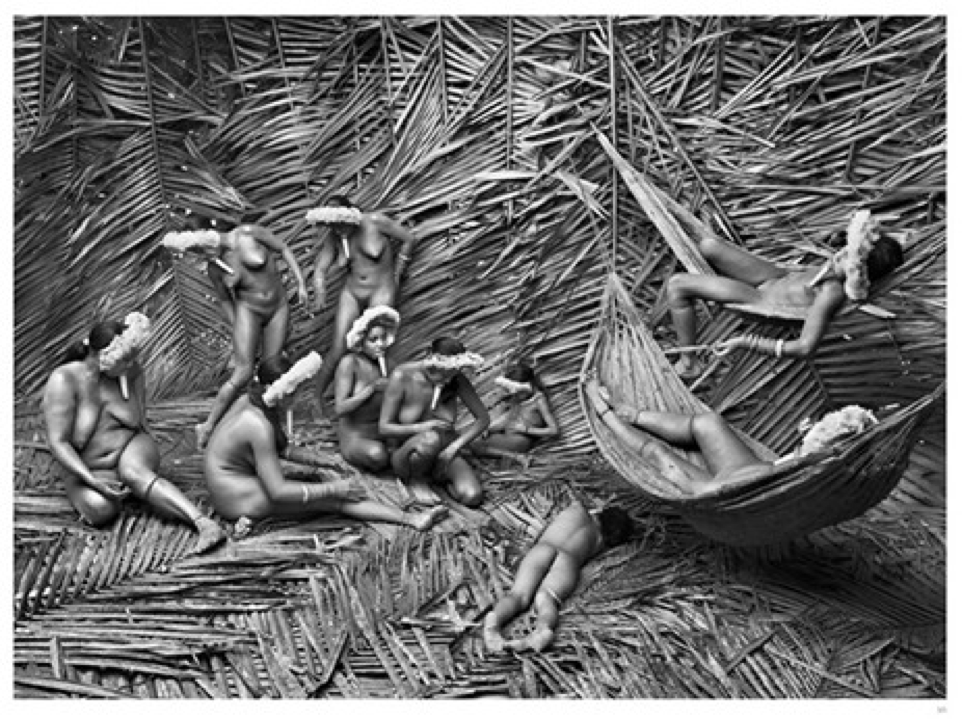 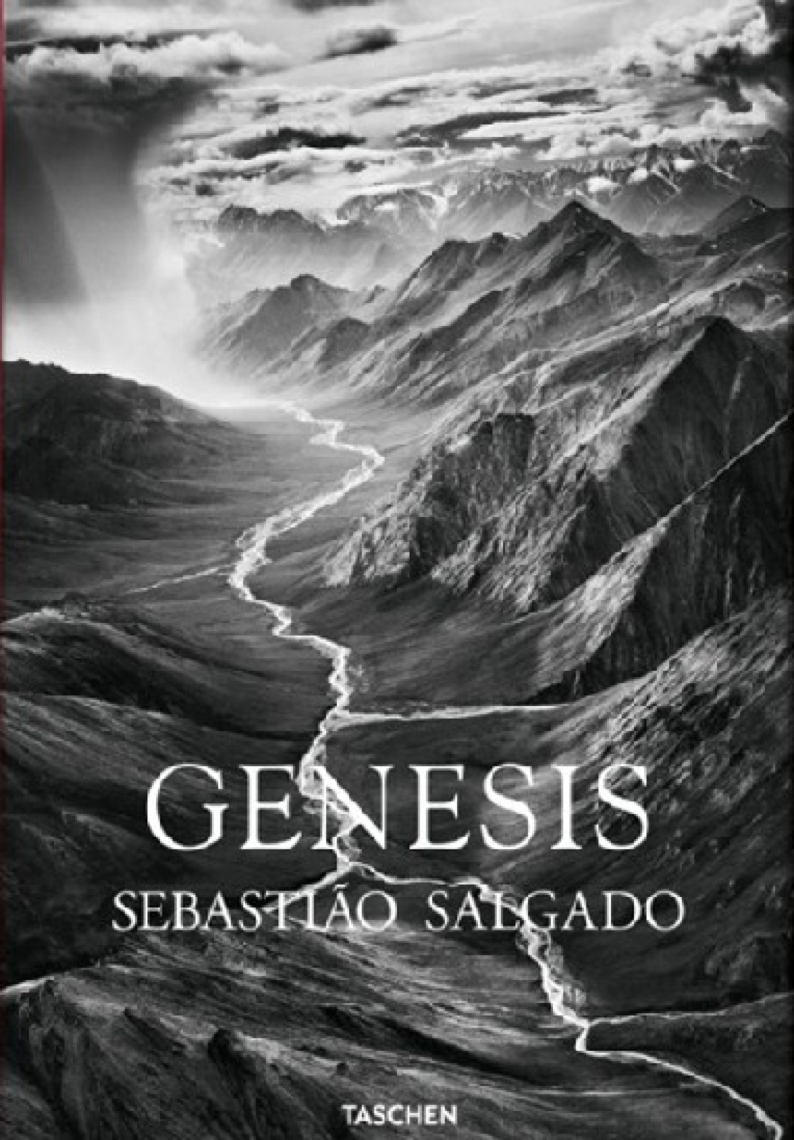 Sitting on the terrace outside his room at the Beverly Wilshire Hotel, Juliano Salgado, son of Brazilian photographer Sebastião Salgado, pulls down on his cigarette as the day turns to night and the Christmas lights below come to life.
读读
塞巴斯蒂安·萨尔瓦多