Heidegger reflects on technology, language, and tradition, and he guides us into rethinking the common conceptions of technology and language. He argues that the anthropological-instrumental conception of modern technology is correct but not true, as it does not capture what is most peculiar to technology: the demand to challenge nature. The common conception of language asa mere means for exchange and understanding, on the other hand, is taken to its extremes in the technological interpretation of language as information. Heidegger also argues that the technological transformation of language represents an attack on what is peculiar to language as saying, i.e., as letting-appear. Such attack constitutes a threat to our very essence. The traditional or non-technologized everyday language, however, preserves what is original and contains new possibilities. The opposition between traditional language and technological language thus concerns our essence, our world-relation and world-living. 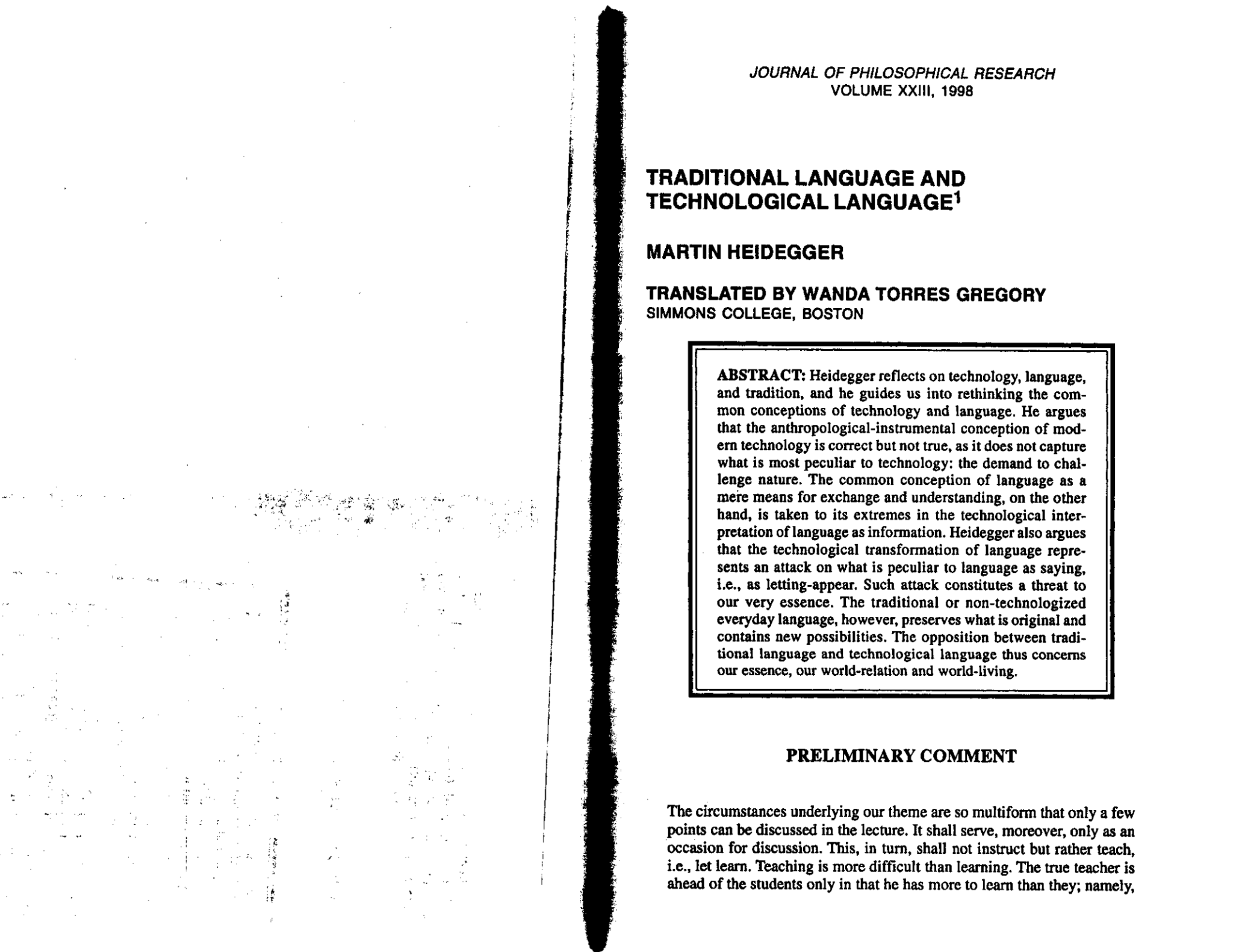 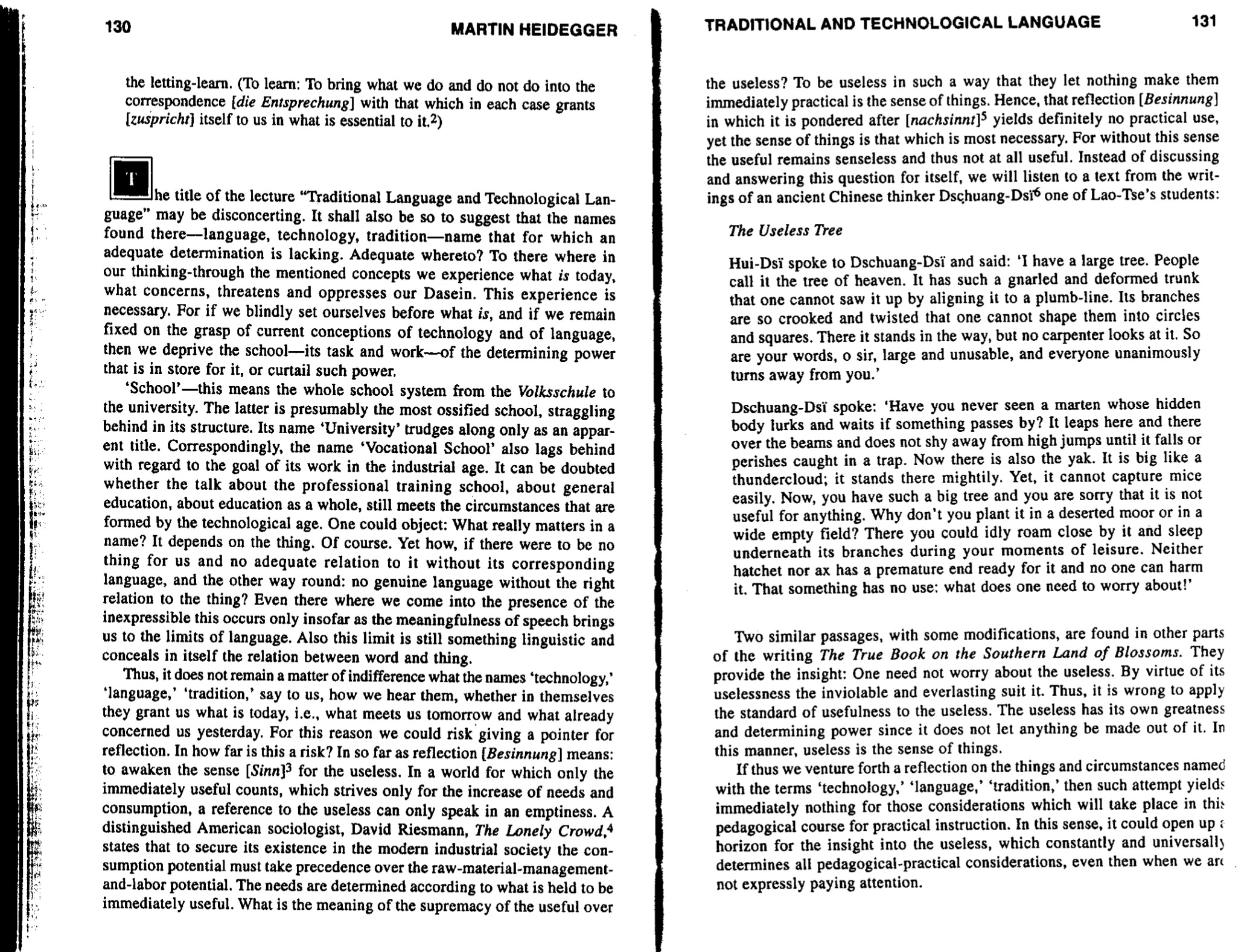