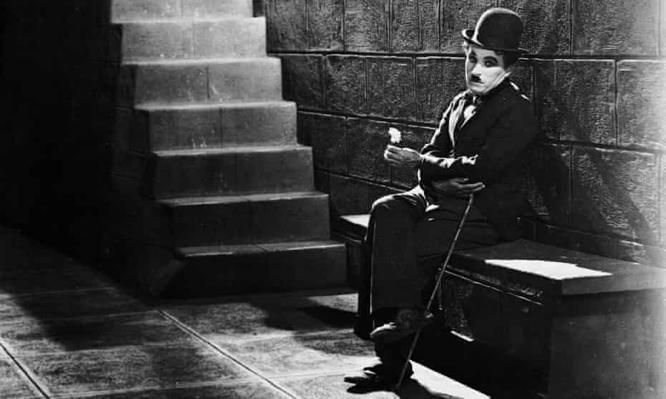 The extreme poverty endured by Charlie Chaplin while growing up in the slums of Victorian London reduced him to stealing and being scolded by the woman who took care of him, according to an interview with one of his childhood friends that has remained unheard in the British Film Institute for almost 40 years.

Effie Wisdom, whose aunt gave him a home from home when he needed it most, lamented that Chaplin “had a terrible life” as a child, “always hungry”, dressed in “ragged”, filthy clothes – no doubt later inspiring the comic genius who created the Tramp, society’s eternal victim and one of cinema’s most memorable characters.

In 1983, aged 92, Wisdom gave an interview in which she recalled first meeting Chaplin when he was five and she was seven, with her aunt becoming his “foster mother”, as he used to tell her.

She recalled: “My aunt used to feed him cos there was no social security in those days, no free milk, no children’s allowances, nothing. You never starved and yet you was on the breadline.

“He used to go up Lambeth Walk and pinch. He’d come home with four eggs one day in his pocket. He came home with a pair of boots one day he’d nicked.”

Her aunt scolded him: “Do you want me to get the police? If you go on doing this, you’ll be locked up. You realise that, don’t you?”

Wisdom said: “He said, ‘Well, I saw ’em and I was hungry, so I took ’em’. He couldn’t send the eggs back. When the boots come home, she made him take them back.”

The interview was conducted by Kevin Brownlow, one of Britain’s leading experts in silent films after researching Unknown Chaplin, the acclaimed three-part 1983 documentary series that he made with David Gill. It has been stored in the British Film Institute’s archive ever since.

Brownlow told the Observer: “We recorded it thinking that, even though we had heard about Mrs Wisdom too late [for the series], we ought to record her childhood memories of Chaplin for the archive. We were certainly intrigued by her memories.”

Some of the recollections from the recording are aired for the first time in a new documentary, The Real Charlie Chaplin, directed by Peter Middleton and James Spinney, which traces the comic actor’s rags-to-riches story. Actor Anne Rosenfeld appears as Effie, lip-syncing to the original audio.

Chaplin’s parents were music-hall performers and his mother was abandoned by her husband. Wisdom recalls how “he run away and went off with a chorus girl”. His mother was then committed to an asylum.

After Chaplin’s death in 1977, Wisdom had written to his widow, with memories of his mother’s desperate concern for her sons, Charlie and Sydney: “I told Lady Chaplin I knew Charlie when he was a little boy. I used to play with him out in the street. When his mother had a nervous breakdown, she said to my aunt, ‘If I had to go away, you won’t let my lovely sons go in an orphanage’. My aunt said, ‘No, I’ll look after them, don’t you worry’. My aunt looked after them, fed ’em and clothed ’em.”

Chaplin never forgot that. Wisdom paid tribute to his generosity towards her after finding success in America: “He used to send my aunt so much money because she used to look after him.” He also wrote to her.

Chaplin, with his derby hat, toothbrush moustache and impossibly large boots, was the protagonist in such masterpieces as City Lights, The Great Dictator and Limelight.

Although he never forgot his roots, Wisdom recalled that he had lost his cockney accent in America: “He used to talk like me, common.”

She added: “I said to him, you’re talking posh. What made you? He said ‘I had to, I went to elocution classes, they made me’.”

Wisdom, who left school at 13 and worked in a London pub into her 80s, recalled his natural comedic talent, always entertaining “all the kids”. “He was always falling about being funny.”

She added: “He’d get an old table, out in the yard next to my aunt’s, and he’d get all the kids in there, and get up there, put an old pair of trousers on, an old coat and a stick when he was 12. The kids loved that, he used to fall off the table, then he’d get up.”

But she joked: “I never thought he’d get where he got.”

She remembered him writing to her aunt from America, telling her that he would visit on his return to England: “He said, I’m not like when I left England with nothing. I’m going on to be a rich man.”

She added that Chaplin stayed at the Ritz and turned up at his aunt’s home in a chauffeur-driven Rolls-Royce: “He invited my aunt and my uncle and me to the Ritz. My aunt says to me, ‘course I’d never been in a place like that’.”