“ The songs of the working people have always been their sharpest statement and the one statement which cannot be destroyed. You can burn books, buy newspapers, you can guard against handbills and pamphlets, but you cannot prevent singing.

For some reason it has always been lightly thought that singing people are happy people. Nothing can be more untrue. The greatest and the most enduring folk songs are wrung from unhappy people—- the spirituals of the slaves which says, in effect, “It is hopeless here, maybe in heaven it will be nicer.”……

“Songs are the statements of a people. You can learn more about people by listening to their songs than in any other way, for into the songs go all the hopes and hurts, the angers, fears, the wants and aspirations.

A few years ago when I sat in the camps of the people from the Dust Bowl when hunger was everywhere. I heard the singing and I knew that this was a great race, for, while there was loneliness and trouble in their singing, there was also fierceness and the will to fight. A man might sing ‘ Goin’ down this road a-feelin’ bad,’ but his next line was ‘Cause I aintgonna be treated that-a-way.’ ”….

“ Woody is just Woody. Thousands of people do not know he has any other name. He is just a voice and a guitar. He sings the songs of a people and I suspect that he is, in a way, that people….. there is nothing sweet about Woody, and there is nothing sweet about the songs he sings. But there is something more important for those who will listen. There is the will of a people to endure and fight against oppression.”… 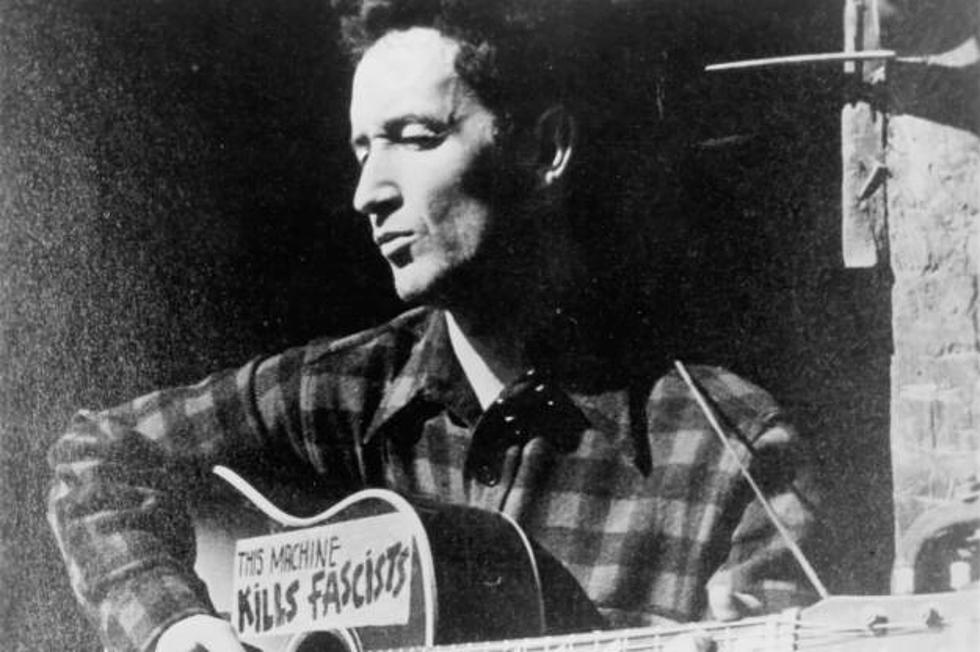 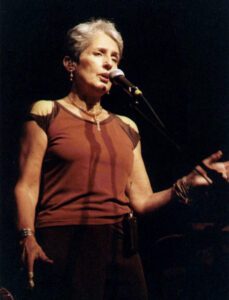 1968年，披头士在印度瑞诗凯诗待了3个月。印度位于恒河河岸。他们留在了印度冥想大师Maharishi Mahesh的静修处。 In 1968, the Beatles took a three-month trip to India where they spent time in Rishikesh, India on the banks of the Ganges River. They stayed at the ashram of Maharishi Mahesh, the renowned founder of Transcendental Meditation or TM.

Lots of folks back East, they say, is leavin’ home every day
许多人从东边来，出了家门脸朝西
Beatin’ the hot old dusty way to the California line
穿越乡间的小土路，来到加州碰运气
‘Cross the desert sands they roll, gettin’ out of that old dust bowl
离开古老的大沙碗，穿过沙漠大戈壁
They think they’re goin’ to a sugar bowl but here’s what they find
盼望着手捧大糖碗，可到了加州却碰了壁
Now the police at the port of entry say
路边的警察对你说
“You’re number fourteen thousand for today”
你是今天第一万四千个人