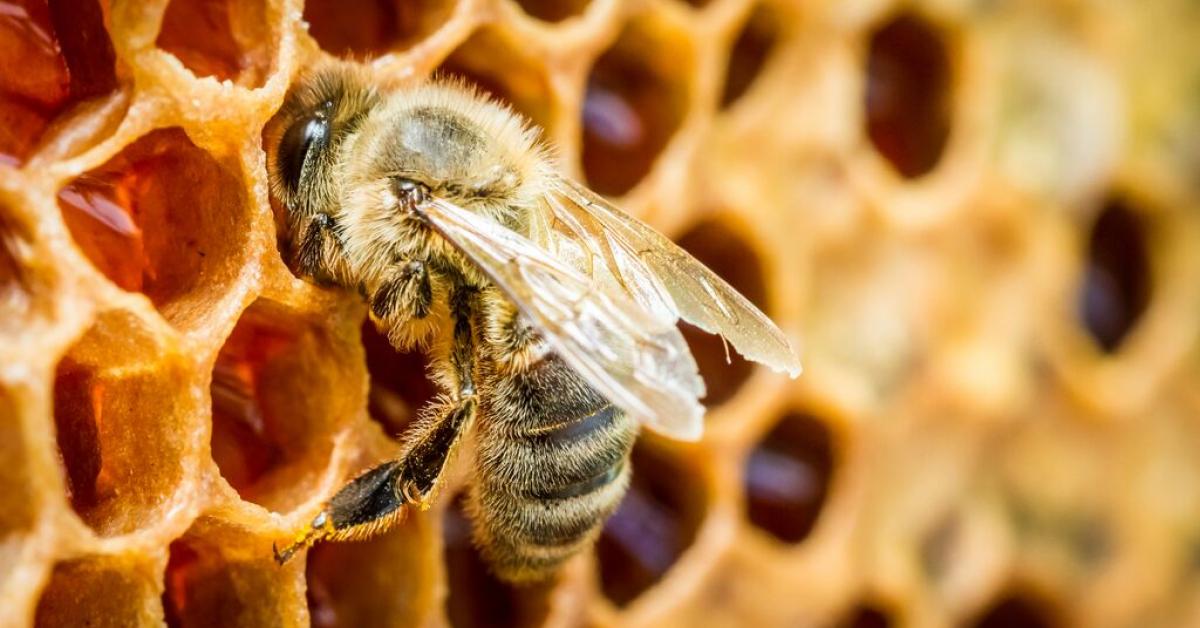 Bees were kept in human-made hives in Egypt in antiquity.[7] The walls of the Egyptian sun temple of Nyuserre Ini from the 5th Dynasty, dated earlier than 2422 BC, depict workers blowing smoke into hives as they remove honeycombs.[8] Inscriptions detailing the production of honey are found on the tomb of Pabasa from the 26th Dynasty (c. 650 BC), and describe honey stored in jars, and cylindrical hives.[9]

The archaeologist Amihai Mazar cites 30 intact hives that were discovered in the ruins of the city of Rehov (2,000 residents in 900 BC, Israelites and Canaanites). This is evidence that an advanced honey industry existed in Israel, approximately 4,000 years ago. The beehives, made of straw and unbaked clay, were found in orderly rows, with a total of 150 hives, many broken. Ezra Marcus from the University of Haifa said the discovery provided a glimpse of ancient beekeeping seen in texts and ancient art from the Near East. An altar decorated with fertility figurines was found alongside the hives and may indicate religious practices associated with beekeeping. While beekeeping predates these ruins, this is the oldest apiary yet discovered.[10]

Bees have been featured in myth and folklore around the world. Honey and beeswax have been important resources for humans since at least the Mesolithic period, and as a result humans' relationship with bees—particularly honey bees—has ranged from encounters with wild bees (both prehistorically and in the present day) to keeping them agriculturally.[3][4] Bees themselves are often characterized as magically-imbued creatures, and their honey as a divine gift.

In modern times, it is a key symbol in Freemasonry. In masonic lectures, it represents industry and co-operation,[45] and as a metaphor cautioning against intellectual laziness, warning that "he that will so demean himself as not to be endeavoring to add to the common stock of knowledge and understanding, maybe deemed a drone in the hive of nature, a useless member of society, and unworthy of our protection as Masons."[46] (共济会)

The beehive appears on the 3rd Degree emblems on the Tracing Board of Royal Cumberland No. 41, Bath and is explained as such:

The Beehive teaches us that as we are born into the world rational and intelligent beings, so ought we also to be industrious ones, and not stand idly by or gaze with listless indifference on even the meanest of our fellow creatures in a state of distress if it is in our power to help them without detriment to ourselves or our connections; the constant practice, – of this virtue is enjoined on all created beings, from the highest seraph in heaven to the meanest reptile that crawls in the dust.

— Explanation on the 8th century ritual[47]

The beehive is also used with similar meaning by The Church of Jesus Christ of Latter-day Saints, informally known as Mormons. From Latter-day Saint usage, it has become one of the State symbols of Utah (see Deseret).[48]